Home News Ole Solskjaer must drop these two highest-paid players to save his job...

For someone who hasn’t yet taken charge of 100 games as Manchester United manager, it feels like Ole Gunnar Solskjaer has already gone through the cycle of boom and bust that comes with life in management on a couple of occasions.

The problems are mounting for the United Boss and he must make some tough decisions to banish growing speculation over his position. The time has come for the Norwegian to drop David de Gea and Paul Pogba and trust their replacements to keep him in a job.

Although rumours suggesting that conversations have taken place with former Tottenham manager Mauricio Pochettino have been dismissed by senior figures at United, some credible sources has revealed that friends of Solskjaer are aware of the chatter surrounding Pochettino. Knowing that bad results will always put a manager in the firing line and Solskjaer is racking them up at an alarming rate.

Fernandes denies rift with Solskjaer after defeatMan United’s transfer window, no Sancho and no new central defender have fans expecting the worst.

United have conceded 11 goals in their three Premier League games so far this season, losing home games against Crystal Palace (3-1) and Tottenham (6-1), with their only victory coming at Brighton, when Solskjaer’s team became the first side in Premier League history to score a winning goal after the final whistle thanks to a Bruno Fernandes penalty awarded by VAR at the end of the game.

But for that fortuitous victory at the Amex Stadium, United would have been travelling to Newcastle on Saturday with only point-less Burnley, Sheffield United and Fulham keeping them out of the relegation zone. That is how bad it has been.

Yet with the 6-1 humiliation against Spurs still stinging, Solskjaer must find a way to turn the tide at Newcastle without the suspended Anthony Martial, who was sent off in that defeat, and new signing Edinson Cavani, who will miss the trip to St James’ Park due to a COVID-19 requirement to self-isolate for 14 days following his arrival as a free agent on transfer deadline.

And to compound matters for Solskjaer, captain Harry Maguire saw his form slump deepen in midweek with a red card while playing for England in the Nations League defeat against Denmark at Wembley.

So Solskjaer is already having to prepare a team for Newcastle with difficult issues to address before even contemplating what to do with De Gea and Pogba, but if the manager is to deliver a statement of intent, he has to axe his two highest-paid players. Neither of them can justify their position in the United team right now.

Goalkeeper De Gea has been locked in a downward spiral since an unconvincing 2018 World Cup with Spain and he made another costly mistake in midweek’s Nations League game which led to Viktor Tsyhankov scoring to give Ukraine a 1-0 win in Kiev. 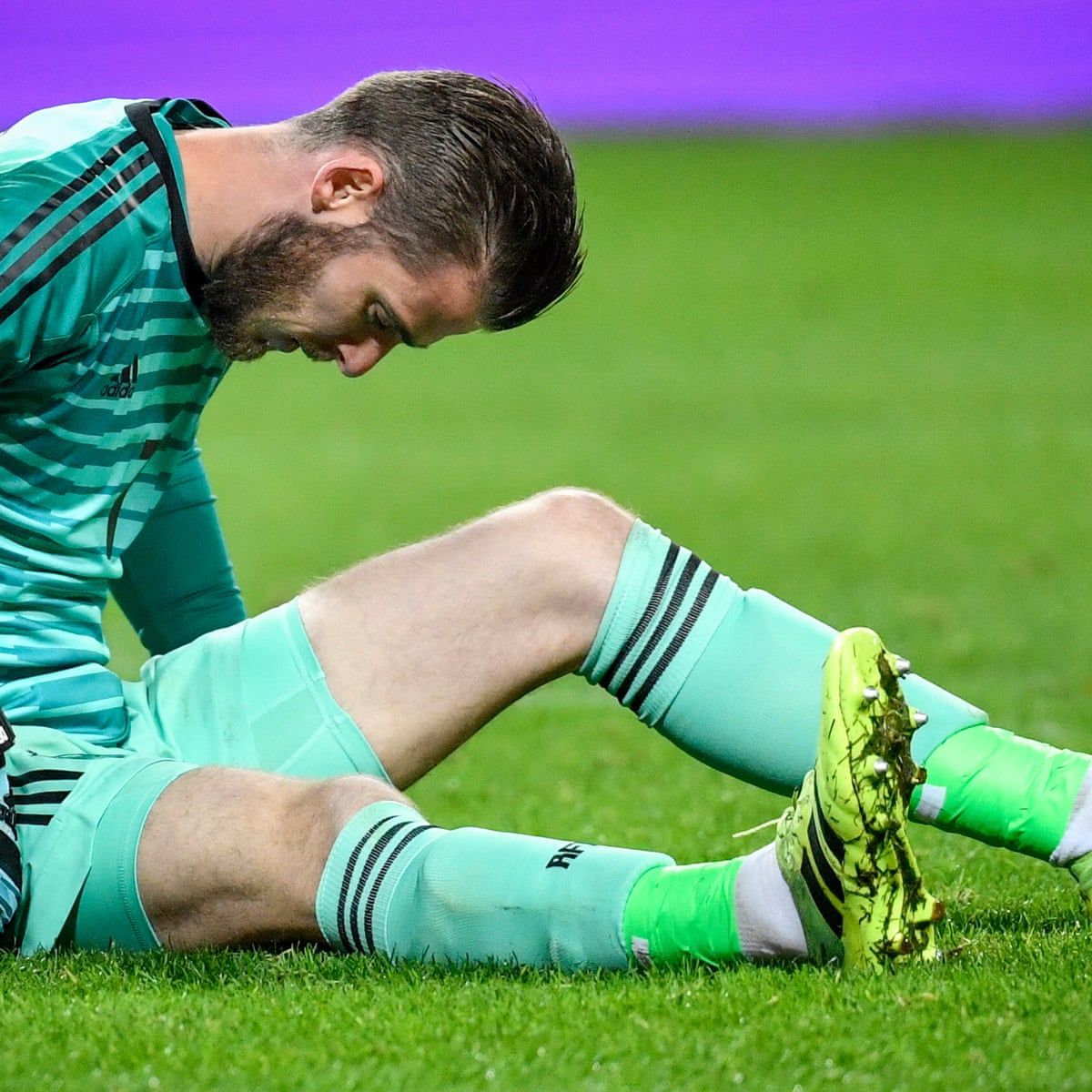 De Gea has kept just one clean sheet in his last seven games for United, conceding 17 goals in total in that run. When your goalkeeper is letting them in at a rate of more than two goals per game, it is time to make a change.

Dean Henderson, recalled to United after two years on loan at Sheffield United, has made two appearances this season in the Carabao Cup and had clean sheets in both games, against Luton and Brighton. Having impressed enough at Bramall Lane last season to earn an England call-up, Henderson’s confidence is high and he is ready for his chance. But is Solskjaer bold enough to make that call?

De Gea have been playing poorly in recent months. The United boss has a similar dilemma with Pogba, although the France midfielder’s performances this season should make it an easy one to solve.

Despite a brief flurry of form towards the end of last season, when he showed signs of a blossoming partnership with Fernandes, Pogba has regressed back to the inconsistent, unreliable liability who Solskjaer had lost patience with prior to his long-term ankle injury last year.

The 27-year-old was awful in the 6-1 defeat against Spurs, when his carelessness led to two goals for the visitors — the second when he conceded a penalty for a ridiculous sliding challenge on Ben Davies.

When United are playing well, Pogba’s attacking qualities are an asset, but when they are struggling for form and results, he is a luxury they can’t afford and Saturday’s game at Newcastle is one that is definitely not suited to Pogba in United’s predicament.

In Donny van de Beek, Solskjaer has an obvious replacement for Pogba. The £40 million summer signing from Ajax is industrious, defensively-alert, neat and tidy in possession and also carries a goal threat, but Solskjaer has yet to hand him a start in the Premier League.

Infoexper24 understands that Van de Beek was not a player originally targeted by Solskjaer this summer and that the Netherlands international was a club signing rather than one identified by the manager, but Solskjaer sanctioned the deal nonetheless.

Ole’s reluctance to start Van de Beek is bemusing, however, when you consider Pogba’s abject performances this season. Perhaps Solskjaer has chosen to back the experience of De Gea and Pogba in the belief that they will drag themselves out of their slumps, but the evidence to date suggests otherwise and the manager is now at the point where he needs to be tough enough to take them both out of the team.

United need him to do it, but with the noise surrounding Pochettino refusing to go away, Solskjaer needs to do it for himself or get sacked.